Another Skylanders Day from GameStop in January

Every few weeks or months GameStop likes to hold a “Skylanders Day”.

This could be something special, but unfortunately, past experiences (uninformed staff and lack of product) have cast an ugly shadow on GameStop and their “promises”.

In any case, GameStop is hosting another Skylanders Day and they are advertising some pretty good deals. 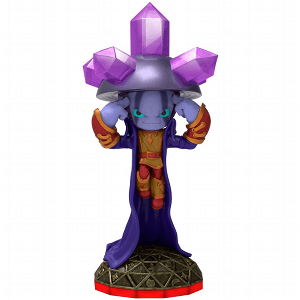 Buy both Light and Dark Expansion Packs – Save $10

We already know that Eon's Elite are exclusive to GameStop, but this ad is also showing another exclusive: Rebel Lob Goblin.

That's right. Previously Rebel Lob Goblin had only been found at EB Games (Australia) so it makes sense that he makes an appearance in the US as a GameStop Exclusive.

Not only does Rebel Lob Goblin give you a new Villain Variant, but it gives you access to an unreleased Light Trap. This is the first Light Trap Single Pack and it is the first Trap featuring the Rocket.

I'm not sure if it's uninformed staff or simply apathetic staff, but some folks aren't going to have a pleasant Skylanders Day.

So now, come Skylanders Day, I fear there is (once again) going to be a lot of disappointment.