New Battlecast Cards Have Been Activated

I've been eagerly awaiting this moment for the past few weeks. Ever since I learned of the existence of new Battlecast cards, I wanted to know what they would do and how they would function.

Now we finally have some answers.

In total, there are ten different cards you can get from this promotion, but only six of them are new.

The four cards that already exist include:

These cards are identical to the cards you can collect in the Booster Packs. Nothing special about them. It's just another way to collect them.

The other six cards will yield six new cards for your collection.

This means that your digital collection can now have a maximum of 306 cards.

It is also worth noting that Obsidian Hot Head is listed as a Rare card in the game even though the symbol is gray/silver (Common) on the physical card.

Next up we have High Noon Trigger Happy. This variant Trigger Happy has the same starting stats as the original Trigger Happy, but he does have a new special ability.

Then we have a Skylander that is new to Battlecast although we've seen him before in other Skylanders titles. Welcome Prism Break. Prism Break has a starting attack power of 50 and 350 health.

His special attack is called Geomancy.

Not quite clear on what this ability will do, but I will be putting in some research time this week.

The last new Skylander has also been in previous Skylanders games, but is new to Battlecast. Welcome Sonic Boom. Sonic Boom also has a starting attack power of 50 and 350 health.

Her special attack is called Hatch a Plan.

Gain a card that costs 1.

Each of the new characters came with a new Spell card. Prism Break's character spell is called Imprism. 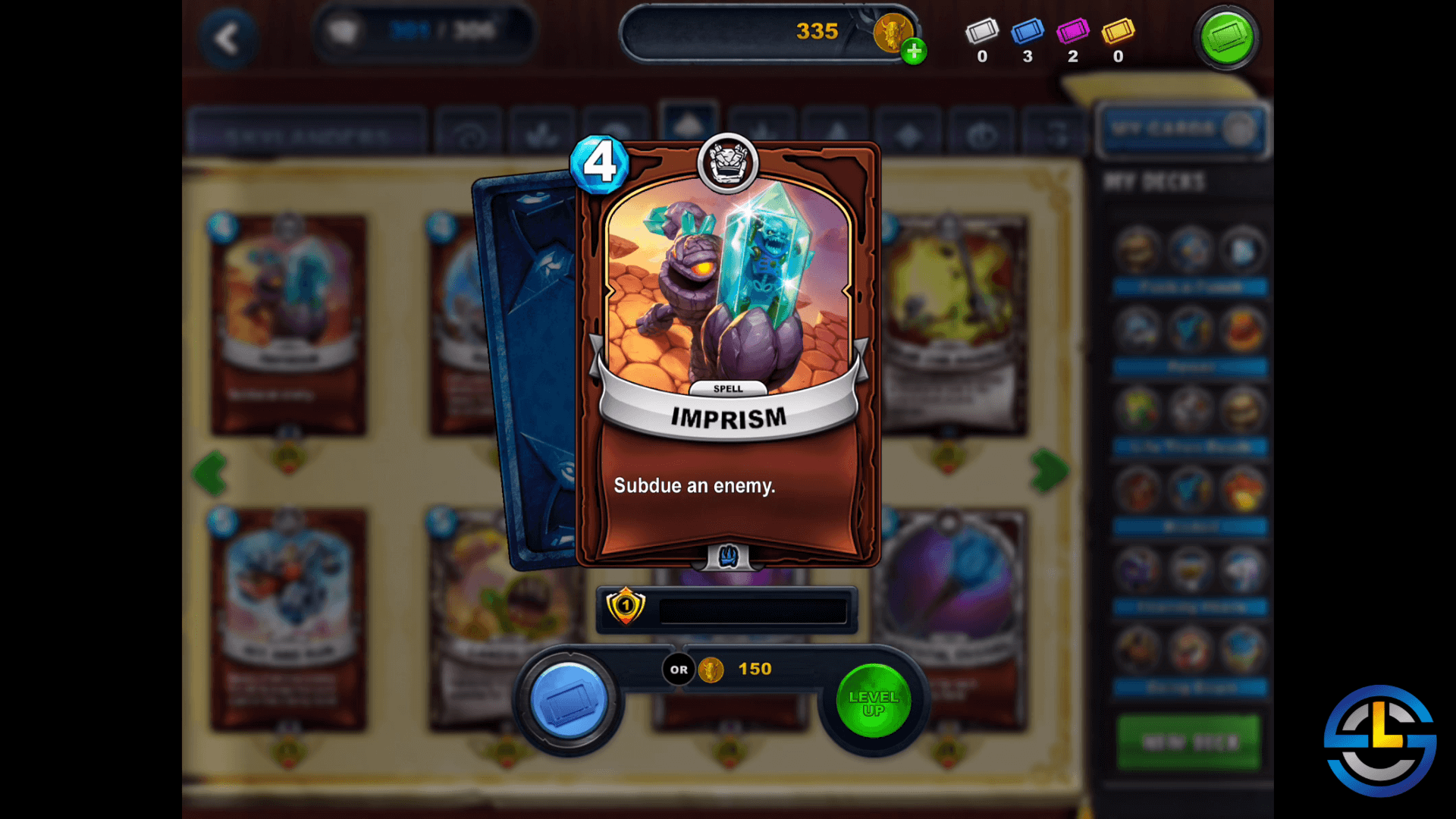 I will note that this card is listed as Rare in the game even though the symbol on the physical card is gray/silver (Common). Once again the spell seems self-explanatory.

Crack a random enemy for 50 damage.

This card is also listed as Rare in the game even though the symbol on the physical card is gray/silver (Common).

I've been playing Skylanders Battlecast every day. So it's exciting to shake things up a bit with some new cards.

I haven't had a chance to play with them yet, but I will definitely have gameplay footage up on my YouTube channel this week.

One detail I did discover is that when you select Obsidian Hot Head, regular Hot Head will be selected as well. So you cannot play with two Hot Heads in the same deck.