Today is the big news day. Coming out of Germany where Gamescom is being held, we have loads of awesome SuperChargers news to share.

While we have known that some form of online play was coming to Skylanders SuperChargers, we finally have some clarification. We will have:

That's right. For the first time ever you will be able to play in Adventure Mode, with your friends, from different locations.

Voice chat will only be available for people on your friends list.

As we've expected with the Vehicles, there is going to be a big focus on Racing modes. 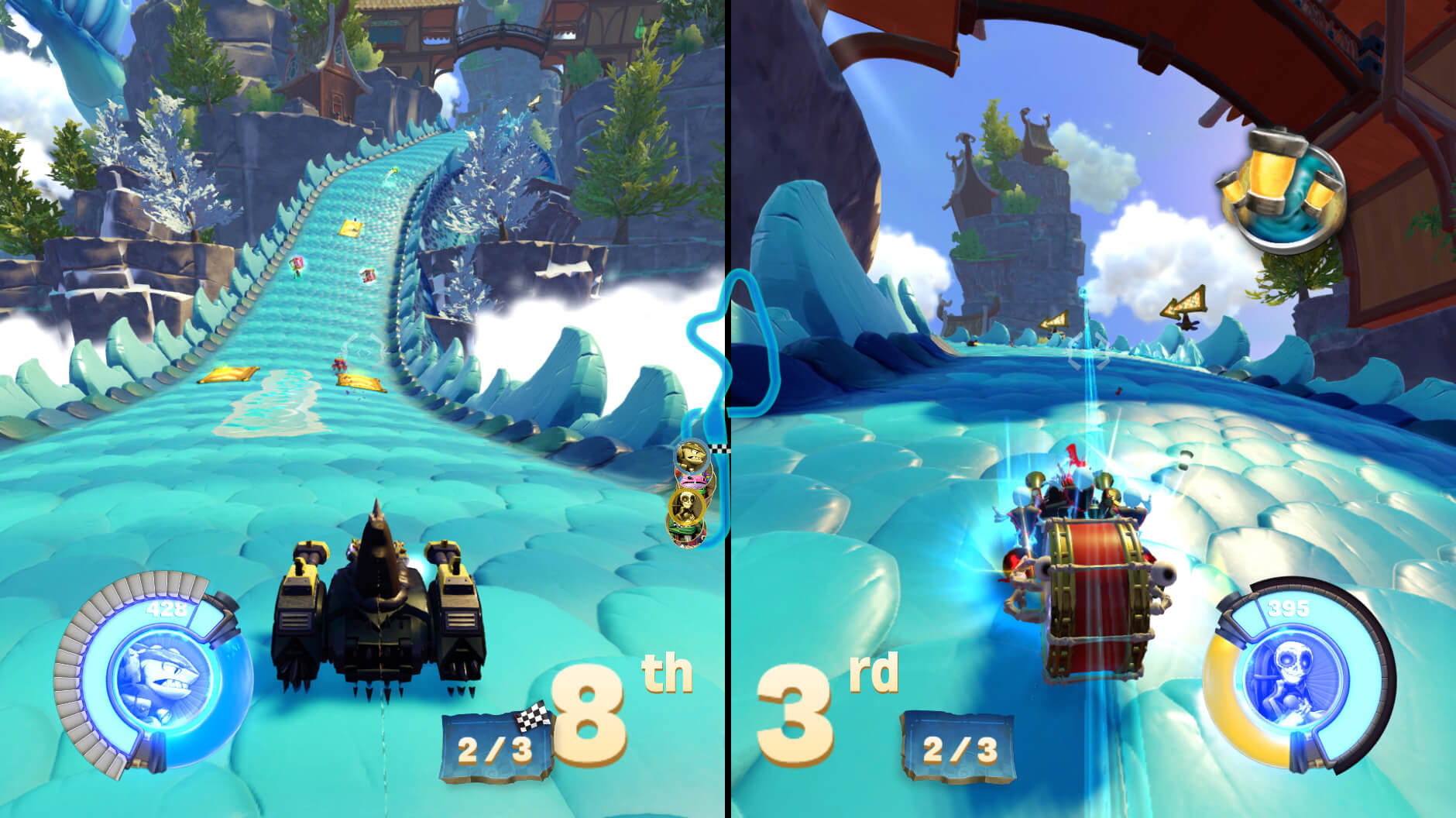 Included with the Starter Pack there will be 6 different Race Tracks to choose from. There are 2 Land, 2 Sea, and 2 Sky Tracks.

You can race with:

There will be three different Racing Action Packs. These packs are taking the place of Adventure Packs and Battle Packs that we've seen in the past.

Each Action Pack will include:

What Do the Trophies Do?

The real magic of the Racing Action Packs is the Trophies.

The villain trophy unlocks two new tracks and new modes, including SuperVillain Cup, Boss Pursuit and Mirror Cup. There are 12 boss villains across all three packs, with four in each pack, which players can defeat and play as. Fans can then store these boss villains on their villain trophy toy to play at a friend's house.

As stated in the press release, each Trophy will unlock 2 new Race Tracks along with a few other Boss battle modes.

These Boss battles are really the key though.