For not having a major convention this week, the last two days have been quite eventful for Skylanders.

If you're an Amazon Prime member, it's about to pay off again.

If you do try to get this discount be aware of a few things:

I don't know if this is a limited time offer or if it will be available as long as they have stock, but either way I wouldn't wait too long if you're interested.

We still have a few weeks before the release, but we already have a couple of variants that have leaked out. 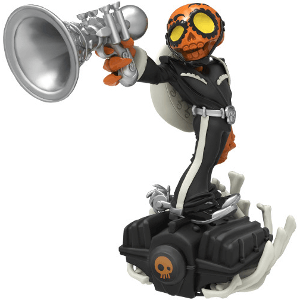 This is definitely a Halloween-themed variant which means they will want to get it out before Halloween. However, since the game releases in late September that gives them a very small window.

Could this variant come out on Launch Day?

[box]UPDATE: For folks in the US, Frightful Fiesta has now been listed for pre-order at GameStop. Although they don't currently have it listed as an Exclusive, it's definitely looking that way.

It also has a release date of September 20th listed now.[/box]

The second figure is called Steel Plated Smash Hit. This is going to be a Best Buy Exclusive (at least here in the US). 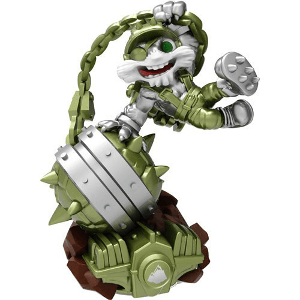 This figure is up for pre-order on Best Buy's site right now and actually has a release date of September 20th listed.

Maybe they really are planning on releasing variants on Day 1.

Both of these figures will be In-Game Variants.

Why should you care?

I'll leave it up to you to check it out.