Trap Team Wave 4 Hitting the Back Room (and Some Shelves)

The much-anticipated Wave 4 release is nearly upon us. Even with all the shipping delays it's actually not that far off from Wave 4 releases in previous years. 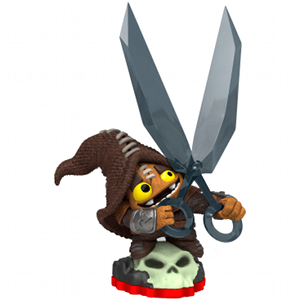 In the Wave 4 Trap Master Assortment each case contains:

Some stores have also received Wave 4.5 (a replenishment Wave) cases which contain:

I don't have the full breakdown of the Trap Assortment yet, but I do know that each case contains 4 Kaos Traps. In addition there are a few new Trap Triple Packs, some of which will include a Kaos Trap.

Immediately, GameStop is your best bet.

On Monday of this week some GameStop locations in Texas (near the GameStop warehouse) already had their Wave 4 shipments on the shelf. On Tuesday, there were reports coming out of Kansas and Nebraska that they were in stock and on Wednesday even Iowa had them.

I imagine most GameStop locations should have them by the end of the week.

Your next stop should probably be Toys R Us.

Last week some stores released the Toys R Us Exclusive Earth Trap with Red Hot Tussle Sprout. While many of you have been able to find this already, I know that some stores have not put it out on the shelf yet. They are saving it for this week's “big event”.

This week on Thursday (March 19th) Toys R Us has scheduled a big Skylanders release. This should include everything from Easter to Wave 4 to the Exclusive Trap.

However, I know that some stores have yet to receive their inventory for this release, so the March 19th date could be hit or miss, but that's what they're planning.

Toys R Us has been advertising this release all day across all of their social media accounts.

Many Best Buy locations have already received their Wave 4 shipments. However, their cases were marked “Do Not Display until 3/22”.

This would seem to indicate that the official release is now March 22nd and Toys R Us is just getting an early release as we've grown accustomed to.

The good news is that it looks like most Best Buy locations should have stock ready to go on the 22nd.

While I haven't heard of people finding the Wave 4 figures at Target, there have been a few nice finds.

There have been multiple reports of the Wave 4 Trap Triple Packs hitting the shelves at Target. So that's definitely something to keep an eye out for.

But perhaps more importantly, Target seems to be getting in more Light and Dark Expansion Packs.

For now they still seem to be in extremely limited supply, but I've received multiple reports of Expansion Pack finds at Target this week.

While this is not a complete substitute for going to your local store, you can do some prep work on BrickSeek.com. Just enter your Zip Code and the DCPI 207-00-3011. Both the Dark and Light Packs share the same DCPI number.

I know it's been a long wait, but the products have finally made it to shore and we will hopefully see a little bit more of a steady flow of products moving into the future.

Thanks for hanging in there with me.