From the very beginning of Skylanders there have been Store Exclusives.

In case you hadn't noticed, Toys R Us has very close ties with the Skylanders franchise. Because of this relationship Toys R Us has always had the most Store Exclusives (and typically the best selection of figures overall).

What are Store Exclusives?

Store Exclusives are exactly what they sound like. These are special figures that are only sold by one specific retailer.

NOTE: Store Exclusives may vary by country. The exclusives listed below are only guaranteed to be correct within the US. 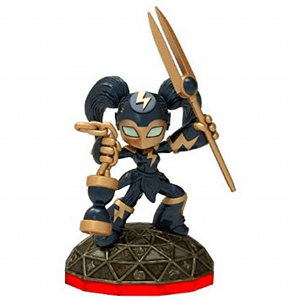 The Legendary Skylanders were the first Store Exclusive line and they are the only line to appear in all four Skylanders games.

The Legendary series is exclusive to Toys R Us.

You can find a complete list of Legendary Skylanders here. 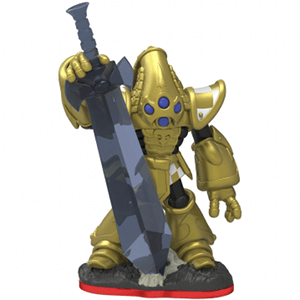 The Nitro line first surfaced in Skylanders SWAP Force and made a second appearance in Trap Team.

The Nitro Skylanders are an in-game variant. The figure's outfits are almost solid gold except for a white and gold checkered pattern somewhere (usually on the shoulder).

The Nitro series is exclusive to Target. 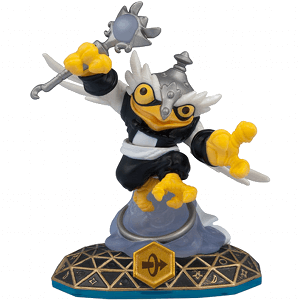 The Enchanted Skylanders were a very short-lived line. There were only two figures, both released with Skylanders SWAP Force.

The Enchanted Skylanders were an in-game variant. They were painted darker than their normal counterparts except for a few white areas. The magic here is that when these figures were exposed to sunlight, the white areas would turn blue. This effect was the same in the game as well.

The Enchanted series is exclusive to Walmart.

Over the years there have been a number of other Store Exclusive figures, but they were just one-time deals.

There have also been many single variant figures that did not turn into a full line. These include:

NOTE: Not all Store Exclusives are in-game variants.