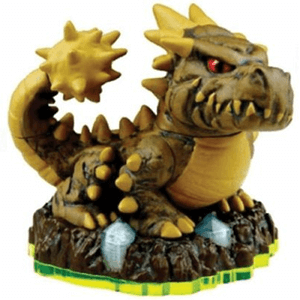 The buttons below are affiliate links.
Learn more.

Bash is one of the 32 original characters. He was released in Wave 1 in October 2011.

Series 1 Bash was available in a Single Pack as well as a Triple Pack (with Eruptor and Chop Chop).

Although you may not be able to find him in stores, he is quite common in the resale market (especially if you don't mind buying used figures).