Is It An In-Game Variant?

As you may have noticed, I don't usually differentiate between types of variants. To me, if the figure looks different it should be added to the collection. It doesn't matter how it looks in the game.

However, for some I understand that this is an important distinction. But what really got me was how many people were upset that Pumpkin Eye-Brawl was not an in-game variant. I heard many folks tell me they were outraged (which I thought was a bit strong).

All the signs pointed to it NOT being an in-game variant, yet people were still expecting it. Many people even went as far as giving the figure negative reviews on sites such as Amazon.

So today I would like to take a minute to show you how you can easily tell if a figure is an in-game variant or not simply by looking at the packaging.

Activision has done a stellar job (in my opinion) with the packaging of these figures right from the start. There is a ton of information provided on the packaging, but I just want to point out one of these features today.

Let's go back to the beginning. Take a look at the artwork I circled at the top of the box. This is where you need to be looking. If the artwork on the variant matches the artwork of the original figure, it is not an in-game variant. 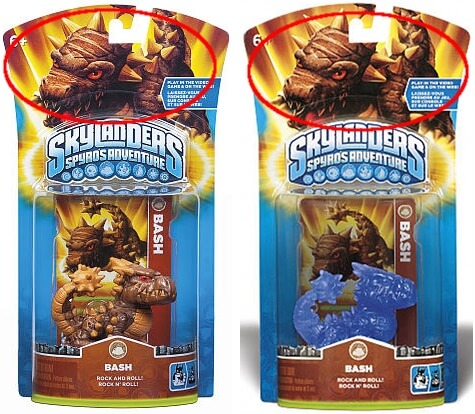 But if the artwork is different, this figure will look different in the game as well. (This even works with Triple Packs.) As we move a little further down the road, you can see the same thing happens in the sequel, Skylanders Giants. Here the artwork matches. It is not an in-game variant. Here the artwork is different. It is an in-game variant. 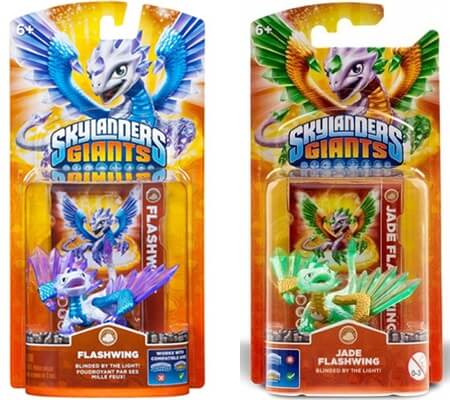 So by the time that we made it to Pumpkin Eye-Brawl, it should have been quite apparent that it WAS NOT an in-game variant. Take a look… And the trend will continue as we move forward into SWAP Force. Check out the difference in artwork below. I literally had dozens of examples to choose from, but I just chose a few.

Now my only hope is that you will take this knowledge and share it with everyone you know. Perhaps in the future we can avoid another Pumpkin Eye-Brawl fiasco.