Just Getting Started with Skylanders?

If you're just getting started with Skylanders then I highly recommend that you check out the Getting Started section. It will provide you with all the basics of Skylanders.

It is broken down into bite-sized pieces so that you can learn as you go and easily revisit topics at any time.

The information directly below fully covers the newest game, Skylanders Trap Team, but it does assume that you have some general knowledge of what Skylanders are and how they work.

Skylanders Trap Team is the fourth game in the highly successful Skylanders series.

All Skylanders from the first three games can be used in Skylanders Trap Team.

In Trap Team there are more Starter Pack options than ever before. In the Standard Starter Pack you will find:

While there are only two figures (in the past there have been 3 figures) included in the Standard Starter Pack this year you are getting two Traps (new to Trap Team) which will come in very handy throughout the game.

There was a limited run of Dark Edition Starter Packs made last year for SWAP Force. These packs were exclusive to GameStop. First you should notice that there are three figures instead of just the two that you find in the Standard Starter Pack. Additionally, all three of these figures are in-game variants.

Second you will see that there are also three Traps. While the first two Traps are identical to the two Traps in the Standard Starter Pack, the third Trap is exclusive to the Dark Edition Starter Pack.

Every year the Nintendo 3DS offers Skylanders fans a unique experience. Not only is your game portable, but the game follows a completely new storyline. This is still true with Trap Team.

The big question this year is about the Traps. While you will still be able to trap Villains in the 3DS version, you will not need any physical Traps to do so. All the trapping will be done digitally. This means that once you have all your Skylanders loaded into the game, you are at maximum portability. While the 3DS Starter Pack does not feature a special in-game variant as we've seen in past years, the price has been reduced from previous years.

Finally this year there is a brand new Starter Pack to introduce. Skylanders Trap Team is also available to play on your tablet.

Skylanders Trap Team is currently compatible with the following tablets:

The tablet version is the full game. The same game that can be played on your console (Wii, PS3, Xbox One, etc…). The Tablet Starter Pack includes: The tablet version is extremely flexible. It can be as portable as the 3DS version or it can be another console version with a small screen.

For maximum portability, you will find digital versions of Snap Shot and Food Fight as well as the two Traps from the Tablet Starter Pack. Combine these with on-screen touch controls and you'll never need more than just your tablet to play Skylanders Trap Team.

On the other hand, if you're looking for the full console experience, you can have that too. The Portal has a special notch to hold your tablet upright. Then remove the Bluetooth controller, conveniently stored in the base of the Portal, and you can use your physical Skylanders and Traps just like any console version.

It is completely up to you to decide how you want to use this flexibility. Skylanders Trap Team does require the use of a new Portal. The major issue being that you need a slot for the Traps.

The Trap Team Portal is the first Portal to radically changed the design. Aside from adding a Trap slot and speaker, the main platform of the Portal is now clear with a tall, color-changing rim.

While the 3DS and Tablet Portals vary somewhat, all the console versions look alike.

In Trap Team, the Trap Masters are the “gimmick” Skylanders (similar to the Giants or SWAP Force of past games). They come with a higher price tag, but they have special functions in the game that you'll probably want. 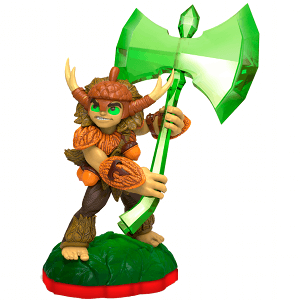 Trap Masters are the only characters that can break through Traptanium shards. These shards are scattered throughout the levels. Some are simply hiding treasure while others will allow you to gain access to secret areas.

Trap Masters have a distinct damage boost when fighting against trappable Villains. While you can use any Skylander to defeat a Villain, the Trap Masters will make your job much easier. By the end of the game you'll be happy you have Trap Masters to fight with.

Finally, Trap Masters are necessary to open Elemental Gates. You do not need to open these gates to finish the game, but you will need them if you plan to collect everything. In past games any Skylander (of the proper element) could open these gates. However, in Trap Team, the gates are made of Traptanium and therefore they require the use of a Trap Master.

There are a grand total of 18 Trap Masters. You can find a complete list here.

In Trap Team there are 18 new Series 1 Skylanders.

You can find the complete list of Series 1 Trap Team Skylanders here. 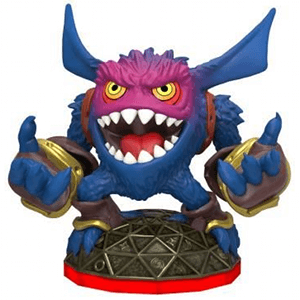 In Trap Team there are only 5 returning (re-posed) Skylanders. These Skylanders are either Series 2, Series 3, or Series 4 figures.

With only five returning Skylanders, there will be some elements left out. This is the first year that the figures are not spread out evenly (in multiples of eight) across the elements.

While the odd numbers may bother some collectors I think that making less reposed figures is a step in the right direction.

While they may not be your standard figures, the Mini Skylanders are a welcome substitute for the lack of reposed figures. 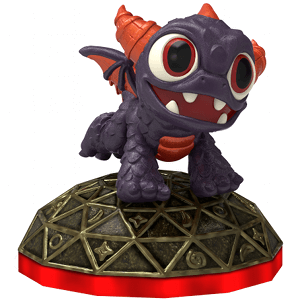 You may remember the Sidekicks from from the first two games. While these figures look the same, they are much more functional in Trap Team.

In Trap Team, Mini Skylanders function exactly like their normal counterparts. For example, Bop will level up and have the same move sets as Bash.

If you have the Sidekicks from the previous game you're in luck. In Trap Team the Sidekicks will function just like the Minis. The only difference is that their figure will have a different colored base.

As the name suggests, Traps are a major part of the new Skylanders Trap Team.

Each Trap can only contain one Villain at any given time, but the Traps can be reused as many times as you want.

Throughout the game you will encounter more than 40 “Most Wanted” trappable Villains that have escaped from Cloudcracker Prison. It is now up to the Skylanders to find and capture all of these Villains. 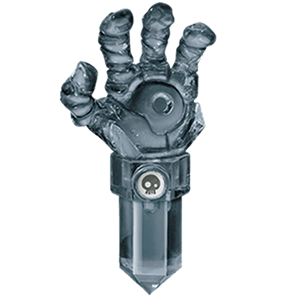 After defeating one of these Villains in the game you will be given the option of immediately trapping the Villain or selecting “Don't Trap” in which case the Villain will be transported to the Villain Vault located in the Skylander Academy (the hub world).

To immediately trap a Villain you must have a Trap of the proper element. If the Trap you choose already has a Villain trapped inside, you will have to choose which Villain to keep inside the Trap. Regardless of your choice, the Villain you do not choose will be transported to the Villain Vault.

Two Traps are included in the Starter Pack (Life Hammer and Water Tiki). However, there is a good chance that you'll want to buy some more.

Traps are being released alongside the Skylanders in Waves. So this means that even though we know what will eventually be released, it is not all available right now.

When it is all said and done we will have:

NOTE: These numbers do not include variant Traps.

While it is nice to have the same number of Traps in each element, these numbers do not line up nicely with how many Villains are available to trap (see the Villains section below for more details).

Nearly every Trap will be available in a Single Pack sooner or later. While this is convenient if you just want to pick out the Traps you like, it is also the least cost-effective way to buy Traps.

On Day 1 two different Triple Packs were released. These Triple Packs along with the two Traps in the Starter Pack will give you one Trap from each of the eight elements.

While you won't get to choose each individual Trap this way, you will be able to save a little money.

At least one 8-Pack of Traps has been discovered. It includes one Trap from each element along with a special Villain Variant trapped in one of the Traps.

So we've already discussed how to Trap the Villains, now let's talk a little more about the Villains.

There are a grand total of 46 trappable Villains.

Of these 46, ten of them are Super Villains or Doom Raiders. The Doom Raiders are the villainous elite.

Unfortunately, like we've already seen with the Skylanders, the Villains are not split up evenly amongst the elements. Add those numbers up and you only get 38. The remaining Villains are of an “Unknown Element”. Although this was intended to be a surprise, we do already know what these elements are. So in addition to the list above there are:

A complete list of Villains can be found here.

In total there will be four new Adventure Packs for Skylanders Trap Team. 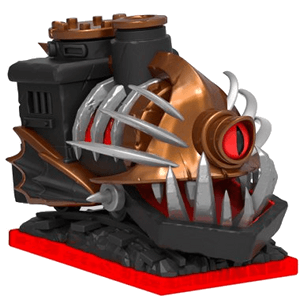 The second, Mirror of Mystery, was released in Wave 2.

The final two Adventure Packs (Midnight Museum & Sunscraper Spire) were also meant to be a surprise as they are connected to the new Light and Dark elements, but the level names were found in the game menu (Collections > Skylanders > Magic Items).

The standard eight elements are returning in Skylanders Trap Team, but they are not alone.

If you've gotten your hands on Trap Team you may have noticed a few question marks. There are still question marks on the Poster, the Trap Collection Tray, and even a few in the game itself.

So Skylanders Trap Team will have a total of ten elements.

While it's fun to talk about all the new features of Skylanders Trap Team, there are a few notable exclusions.

The LightCore figures were first introduced in Skylanders Giants and carried over into Skylanders SWAP Force. However, they will not be making an appearance in Skylanders Trap Team.

This year is all about the Adventure Packs. No Battle Packs have been announced for Trap Team and we don't expect any surprise announcements in this arena.

Along the same lines of the Battle Packs, there is no Player vs. Player (PvP) mode in Skylanders Trap Team.

This was one of the more curious exclusions and probably the one that caused the biggest uproar, but don't worry, there is still plenty to keep you busy in Trap Team.